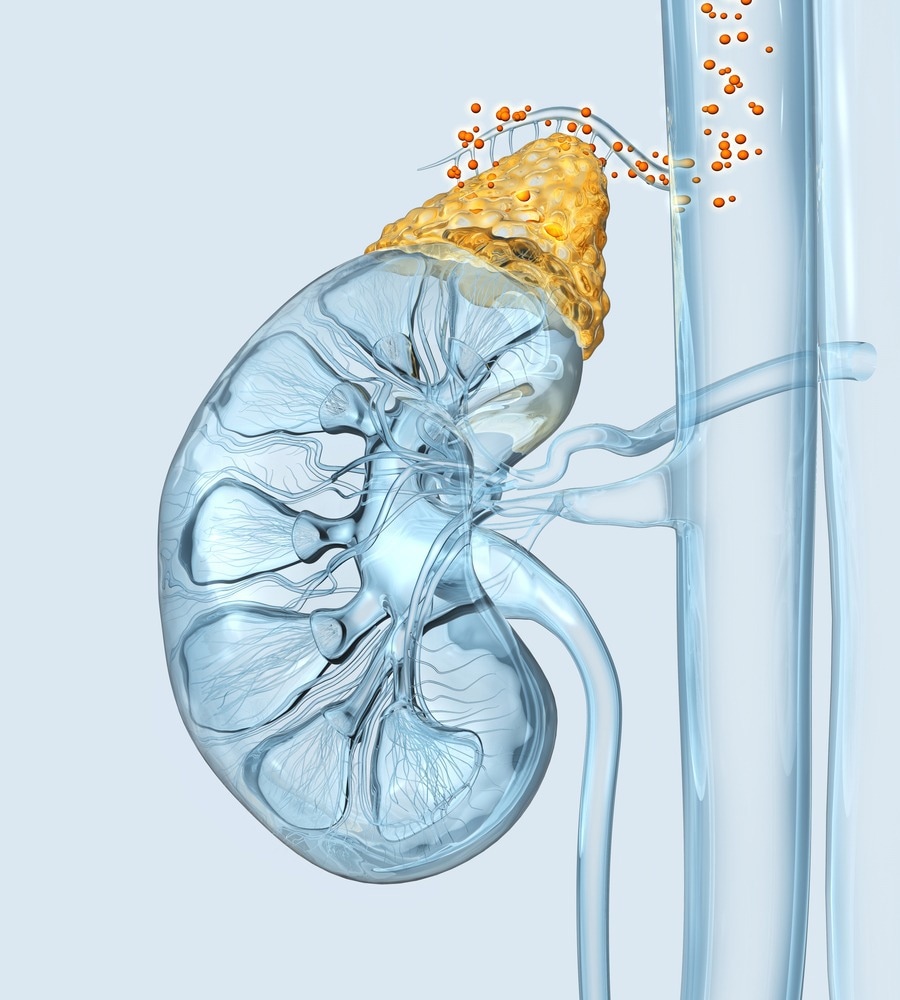 Acute illnesses can have a significant impact on an individual’s well-being and may even threaten their survival. These acute physical events typically initiate a physiological stress response involving the hypothalamic-pituitary-adrenal axis to attain homeostasis.

This acute stress response leads to a rapid increase in cortisol secretion, which affects the intravascular blood volume, glucose metabolism, and cardiovascular function. This fight-or-flight response is altered in individuals with a glucocorticoid (GC) deficiency, thus increasing the risk that an acute adrenal crisis will occur. Thus, researchers have hypothesized that GC replacement therapy could induce a reaction similar to the increased cortisol release that is normally triggered by stress.

The standard clinical protocols for ‘stress’ or ‘sick day’ doses in the prevention of an adrenal crisis involve double or triple GC replacement doses. However, there remains limited evidence supporting this approach, as well as what doses would be appropriate for this type of treatment in both children and adolescents.

The current systematic review was performed according to the Reporting Items for Systematic Reviews and Meta-analyses (PRISMA) guidelines. The Healthcare Databases Advanced Search (HDAS) platform was utilized for the search, which included CINAHL, Cochrane Database of Systematic Reviews, Cochrane Library, Embase, and MEDLINE databases.

Overall, 15 hospital-based studies comprising 864 participants were selected for the study. Among these, 14 were prospective observational studies and one was part of a clinical trial. Patients treated with etomidate were excluded from one study.

None of the reviewed studies reported febrile illness, vomiting, viral infection, urinary tract infection (UTI), otitis media, and upper or lower respiratory infection (URTI/LRTI). Patients were categorized based on the severity of acute illness. Each subgroup consisted of a small number of studies, except for sepsis.

In the five studies that included control groups, cortisol levels within the blood were acquired between 8 and 9 A.M. These measurements were primarily assessed by nonisotopic immunoassays including chemiluminescence, enzyme-linked immunosorbent assay (ELISA), and radioimmunoassay.

The study findings indicate that the intact hypothalamic-pituitary-adrenal axes of children and adolescents caused higher circulating cortisol levels during episodes of acute illness when compared to controls. This effect varied with the types of acute illnesses.

Extensive studies in the future are needed to ascertain whether equivalent cortisol levels are essential when gained from exogenous GC treatment among children and adolescents with GC deficiency who experienced episodes of acute illnesses.

The buzzy skincare ingredient that’s being compared to retinol

Research shows improvements in the representation of autistic adults in film, television, books, and more

Mother’s gut microbes can aid in the healthy development of baby, finds study

Teach Your Teen to Be a Good Houseguest: 10 Etiquette Rules They Should Know

When Do Babies Start Grabbing Things?

Bermuda with Kids: 25 Best Things To Do in Bermuda | MommyPoppins

How Body Talk Hurts Your Teen

How to handle yeast infections—in your vagina and elsewhere

Mother’s gut microbes can aid in the healthy development of baby, finds study

Parents of Graduates, Here’s How YOU Should Be Celebrating Graduation

What Science Says About the “No Shoes Inside” Debate

Creating a Family Cell Phone Contract for Tweens and Teens