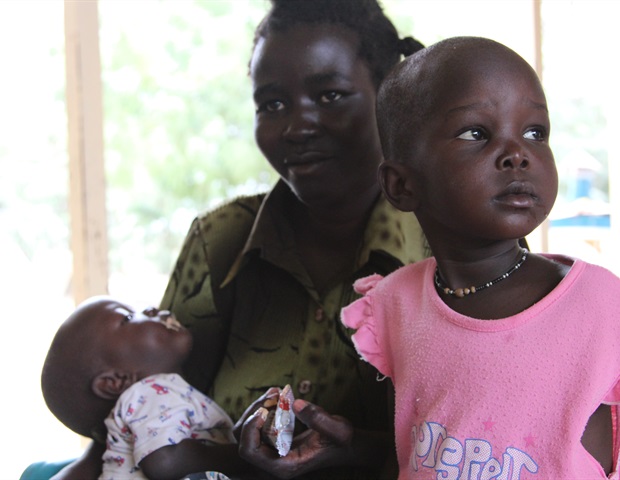 Linking survey and geocoded weather data over more than 20 years, a study of more than 32,000 West African children ages 3-36 months found that average heat exposure had increased the prevalence of stunted growth from chronic malnutrition by 12%, and of low weight from acute malnutrition by 29%.

The researchers estimate that if the average global temperature rises 2 degrees Celsius – which scientists warn is likely without significant reductions in carbon emissions – the average effect of heat exposure on stunting would nearly double, erasing gains recorded during the study period (1993 to 2014).

The findings are worrying, the researchers said, because temperatures in West Africa are rising and expected to continue to do so for several decades. And the effects of acute and chronic malnutrition in early childhood, which are linked to higher mortality rates and to lower education and incomes in adulthood, are irreversible.

We’re talking about children at a very young age that will have changes for the rest of their lives, so this is permanently scarring their potential. What we are doing to reduce global poverty is being eroded by our lack of action on climate.”

Ariel Ortiz-Bobea, associate professor in the Charles H. Dyson School of Applied Economics and Management (Dyson), part of the Cornell SC Johnson College of Business, and in the Cornell Jeb E. Brooks School of Public Policy

Ortiz-Bobea is a co-author of “Heat exposure and child nutrition: Evidence from West Africa,” published July 16 in the Journal of Environmental Economics and Management, with John Hoddinott, the H.E. Babcock Professor of Food and Nutrition Economics and Policy in the Division of Nutritional Sciences, and a professor of applied economics and management (Dyson) and of global development in the College of Agriculture and Life Sciences.

The paper’s lead author is Sylvia Blom, Ph.D. ’21, now a postdoctoral research associate at the University of Notre Dame.

“We found causal evidence that the extreme average heat exposure children have already been exposed to is leading to increased stunting,” Blom said. “And as the number of hot days increases, we find that the prevalence of child malnutrition increases to a pretty high degree.”

Dividing temperatures into four “bins” – the two highest between 30 and 35 degrees C (86-95 degrees Fahrenheit) or above – the researchers tracked hours of exposure over children’s lifetimes and during heat shocks occurring within 90 days of the surveys.

The effects of extreme heat were “striking,” the authors said, compared with other well-known known predictors of nutrition, such as wealth or mothers having at least one year of education.

More research is needed to pinpoint the drivers of those effects – which are most evident between 6 and 15 months – but they likely are not physiological responses to direct heat, the researchers speculated. Rather, they suggest, a combination of factors may be at work as children transition away from breastfeeding, including a higher risk of contracting pathogens from food and water, and lower consumption of protein from animal sources – possibly due to extreme heat hurting agricultural productivity.

Strategies to reduce child malnutrition, they conclude, will need to consider increased needs for programs during periods of prolonged heat exposure.

“While this progress has been welcomed in West Africa and in other low- and middle-income countries, it’s occurring against the backdrop of rising temperatures and an increased likelihood of extreme weather events,” Hoddinott said. “Our work suggests these rising temperatures risk wiping out that progress.”

Visiting Historic Richmond Town with Kids: Top Things To Do on a Family Visit | MommyPoppins

Parents become drug developers to save their children’s lives

Visiting Historic Richmond Town with Kids: Top Things To Do on a Family Visit | MommyPoppins

Let’s Get Creative! How to Spark Your Teens Creative Side.

Comic-Con, Santa Anita Fair, and More Things To Do in Los Angeles this Weekend with Kids | MommyPoppins

St. Louis with Kids: 35 Best Things To Do in St. Louis, MO | MommyPoppins

Strange Movements Newborns Make… That Are All Perfectly Normal!

Secrets to better postpartum care from mothers across the globe

What to Do If Your Baby Wakes Every Hour at Night