How the COVID-19 pandemic affected pregnant women in Mexico

The spread of the severe acute respiratory syndrome coronavirus 2 (SARS-CoV-2), which is the pathogen responsible for the coronavirus disease 2019 (COVID-19), continues to threaten the health and economic welfare worldwide.

A new study published on the preprint server medRxiv* determines how the pandemic affected pregnant women in Mexico. 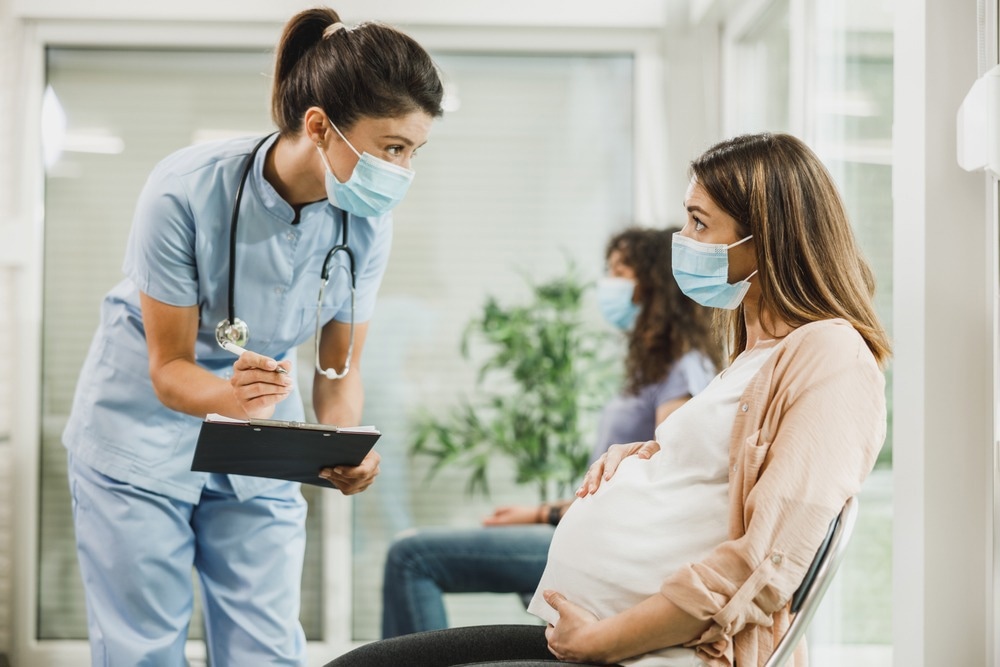 The high-risk status of pregnant women exposed to SARS-CoV-2 was established because of the various physiological changes occurring during pregnancy that increase the likelihood of a hyper-inflammatory response to the infection. Following infection with SARS-CoV-2, this type of systemic reaction, sometimes called a cytokine storm, has been linked to severe disease, multi-organ dysfunction, and increased mortality risk. Pregnancy-related changes include a postulated shift of the cellular immune population towards the Th2 phenotype, decreased levels of natural killer (NK) cells that reduce the ability of the innate immune system to neutralize SARS-CoV-2, altered progesterone levels, altered Toll-like receptors, increased pressure on the lungs due to the growing uterus, and a less forceful cough that predisposes secretions to remain in these organs.

Hypercoagulability in pregnancy also portends a more severe outcome from COVID-19, which is even otherwise associated with thromboembolism in a third of patients.

The current study used pregnancy registries from the National Epidemiological Surveillance System of the General Directorate of Epidemiology. All COVID-19 cases were identified using precise definitions, including the presence of a positive reverse transcriptase polymerase chain reaction (RT-PCR) test.

The women ranged in age from 12 to 49 years, with a mean of 28 and 27 years for SARS-CoV-2-positive and -negative pregnant women, respectively.

The researchers also explored the effect of other variables unrelated to the disease on COVID-19 mortality in this group. The case fatality ratio (CFR) was also calculated.

What did the study show?

Of the women in this study, 20% required hospitalization, and about 8% developed pneumonia, with a CFR of just over 1%. This CFR is one-tenth of the previously reported CFR for Mexico in general and is likely because almost 70% of such deaths were in males, half of whom were 60 years or older.

The mean age among non-survivors was about 32 years, which was higher than the mean age of 28 years among survivors, as was the time from symptom onset to presentation, as denoted by the time of registration.

Survivors appeared on the registry a mean of four days after symptom onset as compared to five days for non-survivors. Thus, a delayed presentation for care was associated with higher mortality risk.

Almost 80% of deaths in the cohort were due to pneumonia, which was reported in previous studies. The presence of this complication increased the risk of death by almost nine-fold.

The presence of other underlying or coexisting medical conditions did not affect the risk of death due to COVID-19, perhaps because their prevalence was very low in this group.

The mortality risk was five-fold higher in pregnant women aged 40-49 years compared to the overall CFR. Despite this, half of the deaths occurred in women aged 30-39 years, while half of the survivors were between 20-29 years of age.

However, as denoted by outpatient care, those with mild disease had a minimal risk of dying. Over 90% of deaths occurred among hospitalized patients.

Smoking did not appear to affect mortality risk due to COVID-19 in pregnancy.

Overall, the mortality rate among pregnant women was significantly lower than the overall CFR in Mexico. This could be because most pregnancies in Mexico are in young women, thus indicating that their sex and relative youth acted as protective factors against fatal COVID-19.

The researchers did not consider the gestational age at the time of the diagnosis, as this data was unavailable on the database. This could have affected the mortality rate and should be included in future studies.

Pneumonia during pregnancy should be monitored and treated with great care due to the significantly increased risk of mortality risk associated with this condition.

medRxiv publishes preliminary scientific reports that are not peer-reviewed and, therefore, should not be regarded as conclusive, guide clinical practice/health-related behavior, or treated as established information.

7 tips to prepare you and your baby for breastfeeding success

Early skin-to-skin contact between mothers and premature babies has many benefits, study shows

5 Things This Mom Learned From Having College Freshmen

How to Raise Your Child to Be a Critical Thinker

Cute & Easy Alligator Craft Made from a Clothespin

7 tips to prepare you and your baby for breastfeeding success

Is it weird that my little kid is so into horror and blood?

Is it actually safe to make your own?

See every piece from the actress’s first collection

I’m a midwife, and I can’t be silent about our broken birthing system

Why is My Child So Negative and Self-Critical? And How Can I Help? — The Baby Cubby