Mosquitoes (e.g., Aedes aegypti) are common vectors for many viruses that infect the human population, such as dengue, Zika, and yellow fever. A single female mosquito can bite multiple humans during her three-six weeks lifetime. Aedes aegypti is an efficient vector because it has a strong innate drive to hunt human hosts via sensory cues, such as body heat, exhaled carbon dioxide (CO2), and skin color. 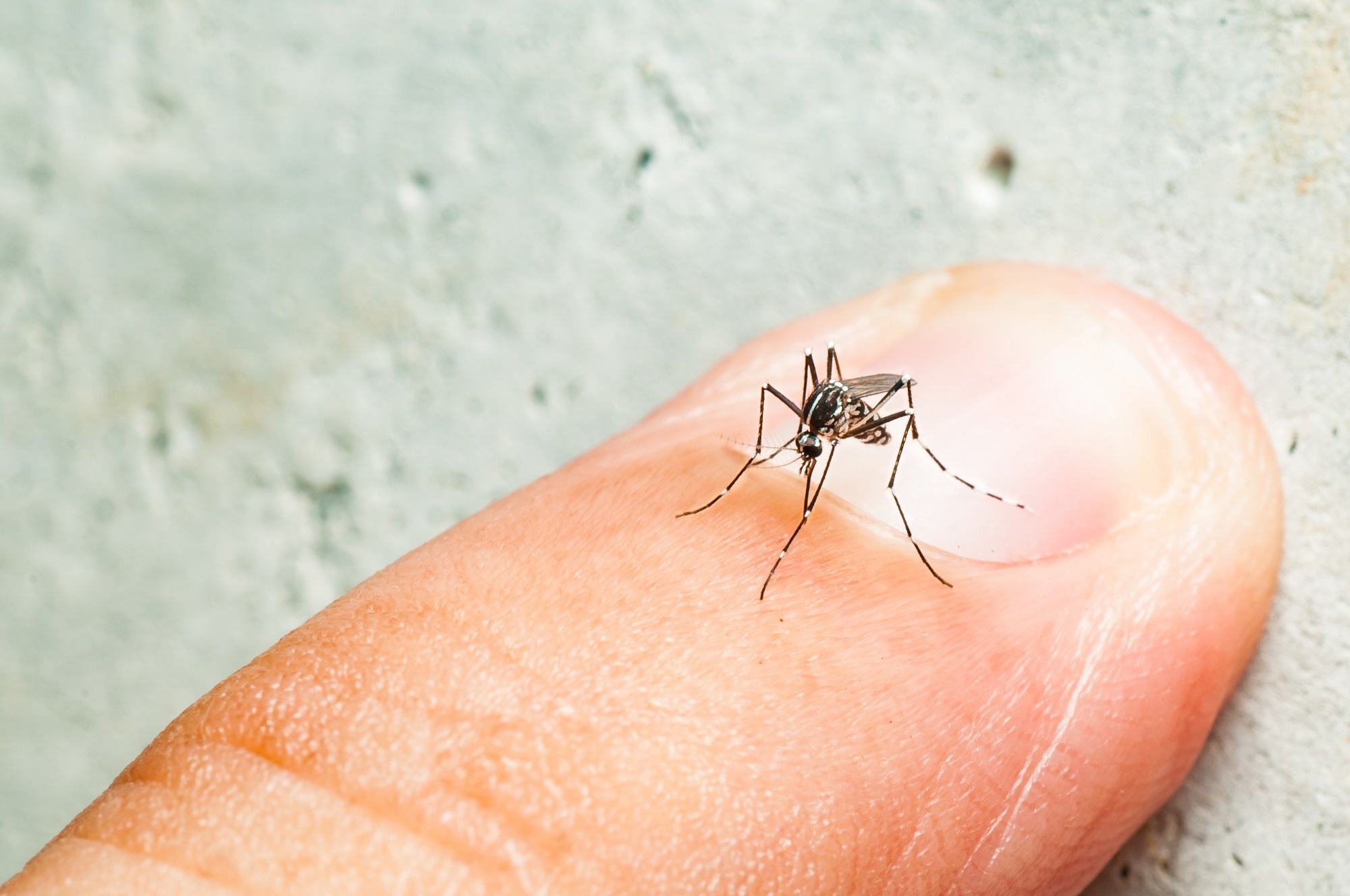 Although body heat and CO2 are common stimuli that indicate a living, warm-blooded animal, specific skin odor aids in identifying whether the target is non-human or human. In addition, although a large body of research has indicated that mosquitoes are more strongly attracted to some individuals than others, the underlying mechanism for this behavior is not yet clear.

Some non-scientific speculation associated with why some people attract mosquitoes more than others include the difference in blood type, pregnancy, malaria parasite infection, and beer consumption. Nevertheless, the most widely accepted explanation is differences in skin odor driven by an individual’s unique skin microbiota.

Human skin odor is a mixture of many organic compounds, the exact composition of which has not been extensively studied. Further, the extent of inter-individual variation in skin odor is yet to be analyzed thoroughly. Therefore, it is unknown which components are key in driving mosquito attraction to humans.

In a new study published in the journal Cell, scientists evaluated the skin-derived compounds that distinguish between highly and weakly attractive humans. The mosquito sensory pathways required to determine such people were also analyzed. A two-choice behavioral assay was developed to test mosquito attraction with higher throughput. This allowed for frequent and repeated sampling of human subjects. Human skin odor samples from nylon stockings worn on the forearms were collected from 64 human subjects. After that, mosquitoes were studied to determine which nylon stockings were attractive to them.

A cohort of weakly and highly attractive people to mosquitoes was discovered. It was also documented that the Orco (odorant receptor co-receptor) was not required to discriminate between them. Furthermore, the differential attractiveness of individuals to mosquitoes was found to be stable over many months and linked to the abundance of skin-associated carboxylic acids.

The attractiveness of an individual could depend on group settings as well; the “mosquito magnet” in a group could receive multiple bites while leaving the less attractive humans more or less untouched. It was proposed that exceptionally high or low attractiveness was a “fixed trait” that remains constant over several years. Research has also shown that identical twins are more similarly attractive to mosquitoes than fraternal twins, suggesting the presence of a genetic component.

It was observed that there was extensive redundancy in detecting human-derived skin odors. A possible mechanism of the ionotropic receptor (IR) could be its use of not one but three co-receptors for the odorant receptor (OR) system. The findings documented in this study show that mosquitoes do not distinguish between weakly and highly attractive humans using a single odor.

The current study evaluated the association between the attractiveness of individual humans to mosquitoes and skin carboxylic acid abundance. However, causality could not be established as that would require confirming the necessity and sufficiency of specific chemicals for mosquito magnetics.

As mentioned above, human skin odor is a complex blend of several chemicals, and each requires its specialized detection method. This study mainly focussed on carboxylic acid groups, but it did not exhaustively document all human skin metabolites. Therefore, other types of compounds may influence mosquitoes’ differential attraction to humans. This issue was not addressed in this study.

The authors pointed out that carboxylic acids identified in the present study were not volatile, which raises the question about their function for differential mosquito attraction to humans across long distances. In the future, different analytical methods could be used to identify other compounds enriched on skin that attracts mosquitoes.

Differential effects of SARS-CoV-2 variants on children and adolescents

How the COVID-19 pandemic affected pregnant women in Mexico

Early skin-to-skin contact between mothers and premature babies has many benefits, study shows

The Elegance of Noralee: AW22 Collection

104 Dad Quotes That Will Make You Smile

Why More Teens Are Struggling With Vaping More than Ever

Pregnant and Stressed? Try These Strategies

Visiting the Isabella Stewart Gardner Museum in Boston With Kids: What You Need to Know Before You Go | MommyPoppins

Umbilical cord milking may be safe, more effective for non-vigorous term and near- term infants